Items related to Our Dumb Century: The Onion Presents 100 Years of Headlines... 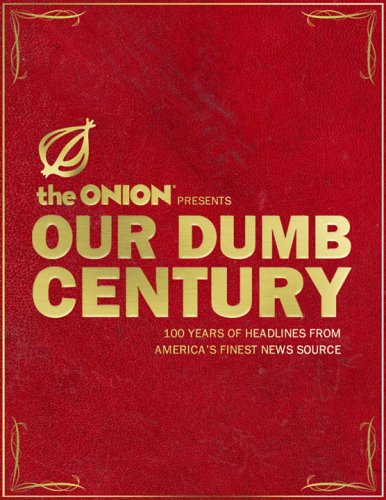 After more than three centuries in print, The Onion remains the world’s most popular news source, making sense of the world for more than four million readers a week. Our Dumb Century, first published in 1999, was The Onion’s first bound volume, and now, in this exceptionally packaged deluxe edition, it will be the crowning pinnacle of your Onion book collection. From the dawning of what President McKinley dubbed the bold new “Coal Age” on January 1, 1900, to the Christian Right’s miraculous ascension to heaven on January 1, 2000, Our Dumb Century chronicles the events that shaped the twentieth century and preserves them for posterity.

About the Author:
Winner of the Thurber Award for American Humor, The Onion's editorial staff is based in New York City.