Items related to Evil at the Root

Crider, Bill Evil at the Root 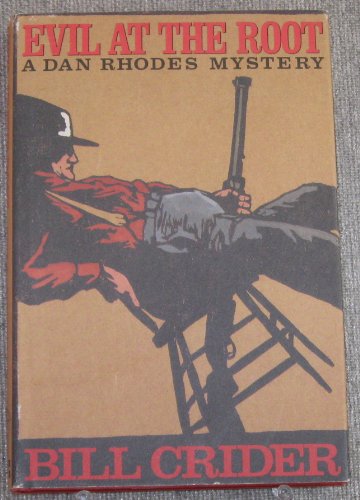 While investigating the theft of a set of false teeth from Lloyd Bobbit, a resident of the Sunny Dale Nursing Home, Sheriff Dan Rhodes finds himself embroiled in a murder investigation after Bobbit turns up dead

When a nursing home resident in sheriff Dan Rhodes's small Texas town is found suffocated, a plastic bag tied over his head, the prime suspect, a fellow resident with whom the victim had quarreled, disappears. The victim's daughter, heir to his considerable fortune, harries the sheriff to find the missing man and close the case. Rhodes learns that both old men had been implicated in a possible murder 61 years earlier, but soon another fatality sends Rhodes looking for a more recent motive. Meanwhile, he must cope with a multimillion-dollar lawsuit over conditions at the county jail, preparations for his marriage, the aches of middle age and his fiancee's distress over his hazardous profession. Crider packs his small-town procedural with telling details and clear-eyed observations of human nature.
Copyright 1990 Reed Business Information, Inc.

EVIL AT THE ROOT