Items related to The Awakening: Complete, Authoritative Text With Biographica... 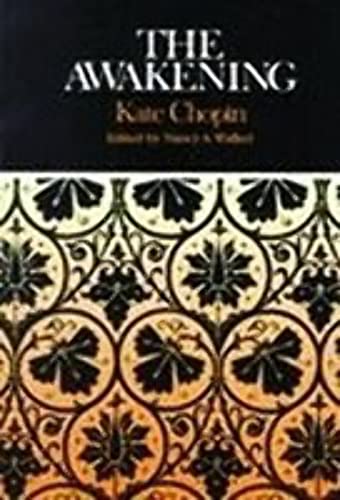 HarperCollins is proud to present its new range of best-loved, essential classics. 'I would give up the unessential; I would give my money, I would give my life for my children; but I wouldn't give myself.' Heralded as one of the first instances of feminist literature and rejected at its time of publication by the literary set on grounds of moral distaste, Kate Chopin's The Awakening caused consternation in 1899. Constrained and confined by the limitations surrounding marriage and motherhood in the late 1800s, Edna Pontellier begins to challenge the notion of femininity through her thoughts and actions. Questioning her love for her husband, and opening herself up to the possibilities of other men and a life outside of societal convention leads to a gradual awakening of her desires. Chopin's fascinating exploration of one woman challenging the expectation that surrounds her is powerful, daring and ultimately tragic in its conclusions.

First published in 1899, this beautiful, brief novel so disturbed critics and the public that it was banished for decades afterward. Now widely read and admired, The Awakening has been hailed as an early vision of woman's emancipation. This sensuous book tells of a woman's abandonment of her family, her seduction, and her awakening to desires and passions that threated to consumer her. Originally entitled "A Solitary Soul," this portrait of twenty-eight-year-old Edna Pontellier is a landmark in American fiction, rooted firmly in the romantic tradition of Herman Melville and Emily Dickinson. Here, a woman in search of self-discovery turns away from convention and society, and toward the primal, from convention and society, and toward the primal, irresistibly attracted to nature and the senses The Awakening, Kate Chopin's last novel, has been praised by Edmund Wilson as "beautifully written." And Willa Cather described its style as "exquisite," "sensitive," and "iridescent." This edition of The Awakening also includes a selection of short stories by Kate Chopin.

"This seems to me a higher order of feminism than repeating the story of woman as victim... Kate Chopin gives her female protagonist the central role, normally reserved for Man, in a meditation on identity and culture, consciousness and art." -- From the introduction by Marilynne Robinson.

Edna Pontellier is a young woman living comfortably in the beautiful city of New Orleans. She is fond of her husband and proud of her sons but finds it impossible to accept that “for women it is a holy privilege to efface themselves as individuals.” She fights back in the only way she knows, and her solution is extreme. Infamous in its time, The Awakening is now recognized as a radical work of fiction—sensuous, arresting, and clear–eyed in its commitment to freedom and independence. Kate Chopin was born in St. Louis, Missouri in 1850; The Awakening was her third novel.