Items related to The Lover of the Grave

Taylor, Andrew The Lover of the Grave

The Lover of the Grave 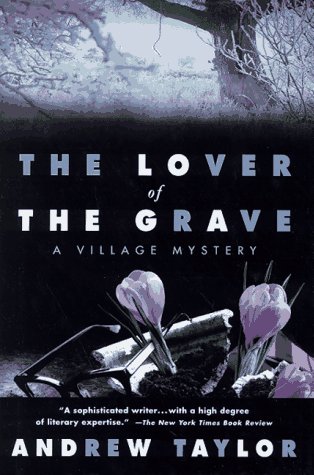 Journalist Jill Francis and Detective Inspector Thornhill are unsure if a sheep farmer's death is an accident or murder, until they delve into the farmer's murky family history and discover more than they had bargained for.

A bestselling crime writer, Andrew Taylor has also worked as a boatbuilder, wages clerk, librarian, labourer and publisher's reader. He has written many prize-winning crime novels and thrillers, including the William Dougal crime series, the Lydmouth crime series, the ground-breaking Roth Trilogy - which was televised as ITV's Fallen Angel - and several standalone historical crime novels.His many awards include the CWA Cartier Diamond Dagger in 2009 for sustained excellence in crime writing, an Edgar Scroll from the Mystery Writers of America, and the Crime Writers' Association Ellis Peters Historical Dagger, which he has won twice - most recently for his bestselling Richard & Judy Book Club novel, The American Boy, which was also selected for The Times Top Ten Crime Novels of the Decade. Bleeding Heart Square won Sweden's Martin Beck Award, the Golden Crowbar.Andrew Taylor is also the crime fiction reviewer of the Spectator. He lives with his wife in the Forest of Dean, on the borders of England and Wales. To find out more, visit Andrew's website, www.andrew-taylor.co.uk, and follow him on Twitter at twitter.com/andrewjrtaylor

Narrator Julie Franklyn creates a sense of menace and foreboding right from page one, when a body is discovered dangling from the Hanging Tree. Was the death suicide, murder, or the result of a sexual trick gone wrong? The remote rural village is full of suspects--and many unpleasant characters--all of them quite vocal. Reporter Jill Francis and DI Thornhill, an unusual combo, work together to unravel the complex tragedy. In particular, Franklyn's depiction of Dorothy, a well-drawn child character, adds suspense to this disturbing but fascinating story. S.G.B. © AudioFile 2003, Portland, Maine-- Copyright © AudioFile, Portland, Maine

1. The Lover of the Grave

2. The Lover of the Grave

3. The Lover of the Grave

4. The Lover of the Grave

5. The Lover of the Grave