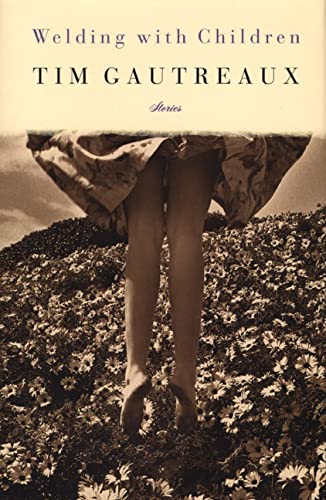 Tim Gautreaux returns to the form that won him his first fans, with tales of family, sin, and redemption: from a man who realizes his grandchildren are growing up without any sense of right or wrong, and he's to blame; to a camera repairman who uncovers a young woman's secret in the undeveloped film she brings him; to a one-armed hitch-hiker who changes the life of the man who gives her a ride.

Each one a small miracle of storytelling and compassion, these stories are a joyous confirmation of Tim Gautreaux's rare and generous talent.

In Tim Gautreaux's pitch-perfect portraits of rural Louisiana life, there is no force stronger than a good Cajun-style chicken stew--except, perhaps, the vagaries of old age. Welding with Children has more than its fair share of the latter, beginning with the funny and moving title story, in which a grandfather drives around the four offspring of his four single daughters using what neighbors unkindly call "the bastardmobile." Raised on a steady diet of Icees and daytime talk TV, Bruton's grandkids finally inspire a housecleaning of truly spiritual dimensions, proving the adage that "everything worth doing hurts like hell." Other stories follow a hard-drinking priest sent on a strange errand of automotive atonement, a manic-depressive Creole princess playing cocktail piano in a motel lounge, and a one-armed feminist hitchhiker on a quest for academic tenure:

When a search committee member told me they'd received an application from a gay black female double amputee from Ghana, I reminded the committee that part of my childhood was spent in Mexico, and then I played my last card and came out as a lesbian.... But it did no good. The college found someone more specialized, foreign, and incomplete than I could ever be.

Fair enough. But while most of these tales rely on a certain tried-and-true Southern eccentricity to work their magic, two stories point to what Gautreaux can do when he seeks to do more than just charm. In "Sorry Blood," another old man loses his way--mentally and physically--in a Wal-Mart parking lot. An opportunistic con man poses as his son, then puts the kidnapped "Ted Williams" to work digging a ditch in the sun. Scary, yes, but not as scary as the old man's struggle to hold on to his memory: "This is an egg. What am I?" In the brief and powerful "Rodeo Parole," four inmates play a dangerous waiting game with an enraged bull, spurred on by the knowledge that a rodeo victory means scoring points with the parole board. The bull, after all, is no more or less than their fates, "like a judge saying something and you can't stop it or change it." Gracefully written and spiced with vivid regional detail, these are tales by a master storyteller who's not afraid to blend some darkness into his fictional roux. --Mary Park About the Author:

Tim Gautreaux's work has appeared in Harpers, The Atlantic Monthly, GQ, Story, and the two most recent editions of Best American Short Stories. He lives in Hammond, Louisiana.