Items related to The Sex Squad 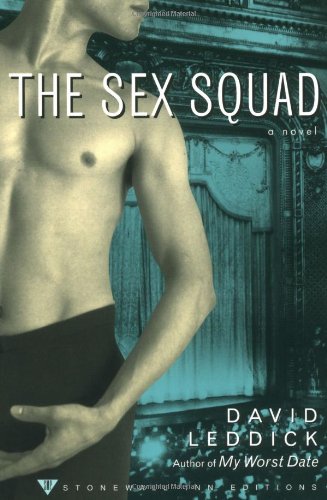 In the 1950's, seventeen-year old Harry Potter moves to Greenwich Village, NY to pursue a career as a ballet dancer. Professionally, he finds a place as a chorus dancer at the old Metropolitan Opera house and becomes a member of the "Sex Squad" --those chorus dancers well built enough to carry off the skimpy costumes in Aida. Personally, he quickly becomes the focul point in a tempestuous, complicated love triangle with two of his fellow dancers. Torn between passion and his true love--dancing--Harry must come to a decision about whom he loves, who he is, and what he is willing to sacrifice for the world of ballet.

Vivid recollections of a dancers life at the old Metropolitan Opera house in 1950s New York round out a thin story of gay first love. Leddick, a former ballet dancer with the Met of the period, gives his story a certain authority, but its often overwhelmed by his too-abundant evocations of the past. The narrator, Dr. Harry Potter, begins his tale in the 1990s when, on his rounds, he encounters an old lover, Illy, hospitalized for AIDS. The meeting prompts Harry to recall how he had once been a ballet dancer and member of the ``Sex Squad'' (the ten most sexually desirable dancers) at the Met. Raised in the Midwest, Harry began to dance when his divorced mother, smitten with the movie The Red Shoes, moved to Chicago to take up ballet, bringing her teen- aged son along. Talented and good-looking, Harry himself was soon performing at the Met. Though he realized he was gay, he remained a romantic, disdaining casual sex and yearning for true love. He was drawn to fellow dancer Illy but increasingly realized that their relationship was based more on lust than love. The latter he found with Rex, another dancer, but Rex was greedy and ambitious, using people (including Harry) for his own ends. Borrowing all Harry's money to pay for an alleged trip to Hollywood, he ran off instead, taking Illy with him to the Caribbean. Before Harry flew there to confront them, he turned down a sexual proposition from the Met's choreographer and was fired from the ballet. A perceptive survivor, Harry went to college, became a doctor, and married, but now seeing the dying Illy reminds him that he has never forgotten what he felt for Rexor for dancing In all, more a stroll down memory lane than a searing love story. -- Copyright ©1998, Kirkus Associates, LP. All rights reserved.