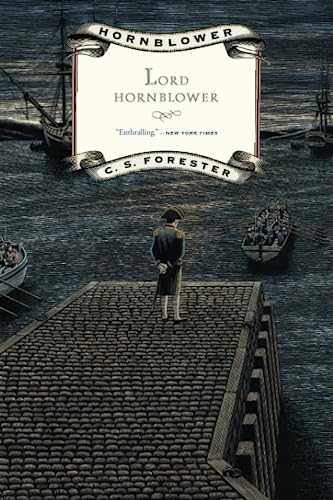 Weary of the war that he has waged nearly his entire life, Hornblower finds himself assigned an especially dangerous and dubious new task: to rescue a man he knows to be a tyrant from the mutiny of his crew in the Bay of the Seine. This risky adventure, coinciding with reports that the tide of war may be turning -- as Wellington has swept over the Pyrenees and the Russians have reached the Rhine -- propels Hornblower toward the heart of the French Empire, toward a fateful reunion with old friends, and toward the harrowing but glorious conclusion of his own battle with Napoleon.

As this novel of the final days of the Napoleonic War begins, Horatio Hornblower has been ordered to quell a mutiny that he is afraid may have been justified. The story continues as he wins a major naval victory, a peerage, and the death penalty at a French prison camp. Christian Rodska conveys the drama of these events with his compelling and engaging reading. Rodska is a familiar name in the audiobook field due to his precise, expressive voice and his talent with character and accents, all demonstrated on this program. One of Forester's best is given a moving performance by a Golden Voice. S.E.S. © AudioFile 2002, Portland, Maine-- Copyright © AudioFile, Portland, Maine