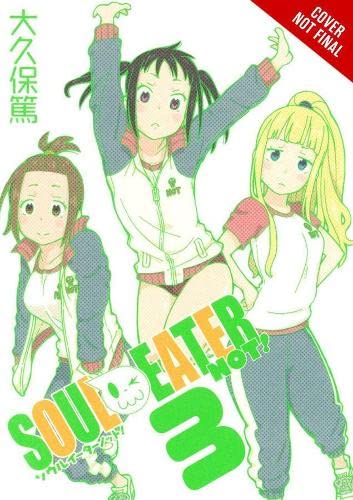 The attack on Eternal Feather is a cruel reminder that there is very real danger out there for the weapons and meisters of DWMA. Tsugumi is more determined than ever to develop her skills so that she can defend her friends in the future. But the road ahead is filled with challenges...and silliness!

Atsushi Ohkubo's debut manga series, B.ICHI, originally appeared in Square Enix's MONTHLY SHONEN GANGAN magazine. Upon completion of the series, his concept for SOUL EATER began as a series of shorts appearing in the same magazine and later became the long-running work that has earned him international renown. In 2011, he began working on a prequel series entitled SOUL EATER NOT!