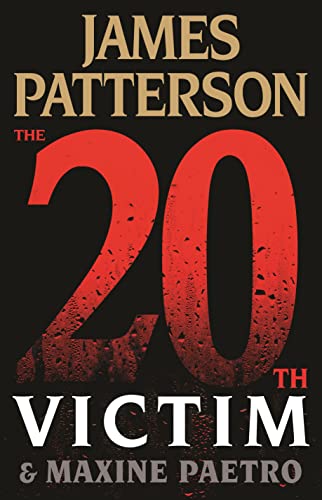 Three victims, three bullets, three cities.
Simultaneous murders in LA, Chicago, and San Francisco -- SFPD Sergeant Lindsay Boxer's jurisdiction, and local reporter Cindy Thomas's beat.
The shooters' aim is as fearsomely precise as their target selection. When Lindsay realizes that the fallen men and women excel in a lucrative, criminal activity, she leads the charge in the manhunt for the killers. As the casualty list expands, fear and fascination with this suspicious shooting gallery galvanizes the country.
The victims were no angels, but are the shooters villains . . . or heroes?

James Patterson is the world's bestselling detective. The creator of Alex Cross, he has produced more enduring fictional characters than any other novelist alive. He lives in Florida with his family.
Maxine Paetro is a novelist who has collaborated with James Patterson on the bestselling Women's Murder Club, Private, and Confessions series; Woman of God; and other stand-alone novels. She lives with her husband, John, in New York.