Items related to Poems of Akhmatova 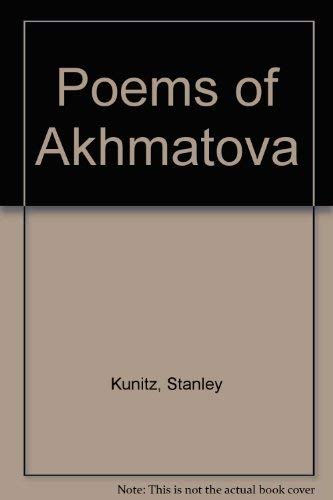 A legend in her own time both for her brilliant poetry and for her resistance to oppression, Anna Akhmatovaâ denounced by the Soviet regime for her â eroticism, mysticism, and political indifferenceâ â is one of the greatest Russian poets of the twentieth century.

Before the revolution, Akhmatova was a wildly popular young poet who lived a bohemian life. She was one of the leaders of a movement of poets whose ideal was â beautiful clarityâ â in her deeply personal work, themes of love and mourning are conveyed with passionate intensity and economy, her voice by turns tender and fierce. A vocal critic of Stalinism, she saw her work banned for many years and was expelled from the Writersâ Unionâ condemned as â half nun, half harlot.â Despite this censorship, her reputation continued to flourish underground, and she is still among Russiaâ s most beloved poets.

Here are poems from all her major worksâ including the magnificent â Requiemâ commemorating the victims of Stalinâ s terrorâ and some that have been newly translated for this edition.

The poet Anna Akhmatova was born Anna Gorenko in Odessa, in the Ukraine, in 1889; she later changed her name to Akhmtova. In 1910 she married the important Russian poet and theorist Nikolai Gumilyov. Shortly afterwards Akhmatova began publishing her own poetry; together with Gumilyov, she became a central figure in the Acmeist movement. Acmeism -- which had its parallels in the writings of T. E. Hulme in England and the development of Imagism -- stressed clarity and craft as antidotes to the overly loose style and vague language of late nineteenth century poetry in Russia. The Russian Revolution was to dramatically affect their lives. Although they had recently divorced, Akhmatova was was nevertheless stunned by the execution of her friend and former partner Gumilyev in 1921 by the Bolsheviks, who claimed that he had betrayed the Revolution. In large measure to drive her into silence, their son Lev Gumilyov was imprisoned in 1938, and he remained in prison and prison camps until the death of Stalin and the thaw in the Cold War made his release possible in 1956. Meanwhile, Akhmatova had a second marraige and then a third; her third husband, Nikolai Punin, was imprisoned in 1949 and thereafter died in 1953 in a Siberian prison camp. Her writing was banned, unofficially, from 1925 to 1940, and then was banned again after World War Two was concluded. Unlike many of her literary contemporaries, though, she never considered flight into exile. Persecuted by the Stalinist government, prevented from publishing, regarded as a dangerous enemy , but at the same time so popular on the basis of her early poetry that even Stalin would not risk attacking her directly, Akhmatova's life was hard. Her greatest poem, "Requiem," recounts the suffering of the Russian people under Stalinism -- specifically, the tribulations of those women with whom Akhmatova stood in line outside the prison walls, women who like her waited patiently, but with a sense of great grief and powerlessness, for the chance to send a loaf of bread or a small message to their husbands, sons, lovers. It was not published in in Russia in its entirety until 1987, though the poem itself was begun about the time of her son's arrest. It was his arrest and imprisonment, and the later arrest of her husband Punin, that provided the occasion for the specific content of the poem, which is sequence of lyric poems about imprisonment and its affect on those whose loveed ones are arrested, sentenced, and incarcerated behing prison walls.. The poet was awarded and honorary doctorate by Oxford University in 1965. Akhmatova died in 1966 in Leningrad.