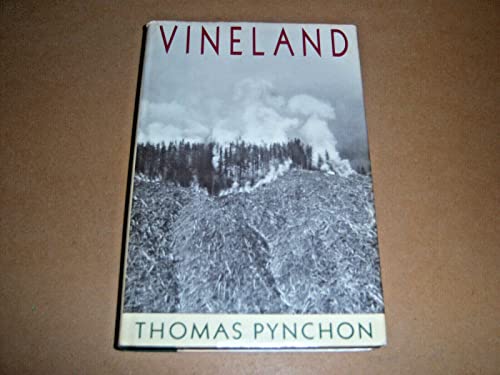 Pynchon's first novel since the formidable Gravity's Rainbow (1973) more closely resembles his earlier work, especially The Crying of Lot 49 (1966). (In fact Mucho Maas, the ex-husband of Lot 49 's heroine, reappears in the new book.) Vineland, a zone of blessed anarchy in northern California, is the last refuge of hippiedom, a culture devastated by the sobriety epidemic, Reaganomics, and the Tube. Here, in an Orwellian 1984, Zoyd Wheeler and his daughter Prairie search for Prairie's long-lost mother, a Sixties radical who ran off with a narc. Vineland is vintage Pynchon, full of quasi-allegorical characters, elaborate unresolved subplots, corny songs ("Floozy with an Uzi"), movie spoofs (Pee-wee Herman in The Robert Musil Story ), and illicit sex (including a macho variation on the infamous sportscar scene in V. ). Pynchon fans have waited 17 years for this novel, and they won't be disappointed. An essential purchase.
- Edward B. St. John, Loyola Law Sch . Lib., Los Angeles
Copyright 1990 Reed Business Information, Inc.