Items related to Something in Disguise

Howard, Elizabeth Jane Something in Disguise 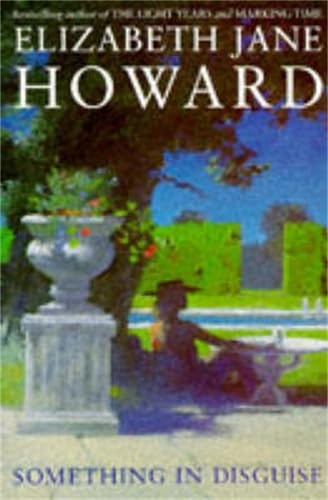 May`s second marriage to Colonel Herbert Brown-Lacy is turning out to be a terrible mistake. Her children leave home to escape the Colonel, and his behaviour is beginning to become more and more sinister. " The Beautiful Visit" was awarded the John Llewellyn Rhys Memorial Prize.

Elizabeth Jane Howard was the author of fifteen highly acclaimed novels. The Cazalet Chronicles - The Light Years, Marking Time, Confusion, Casting Off and All Change - have become established as modern classics and have been adapted for a major BBC television series and for BBC Radio 4. In 2002 Macmillan published Elizabeth Jane Howard's autobiography, Slipstream. In that same year she was awarded a CBE in the Queen's Birthday Honours List. She died, aged ninety, at home in Suffolk on 2 January 2014.

Once again Chivers has revived a fine book that has long been out of print. British actress Eleanor Bron does it full justice as she tells the story of a widow with two grown children who has married a pompous bore. But he is also decent and reliable. Or is he? Here the narrator has interpreted his true nature, not by any revelatory dramatic performance, but by a subtle reading of the double-edged dialogue throughout. With such convincing narration, who cares if the book itself ever comes back in print? J.C. (c)AudioFile, Portland, Maine