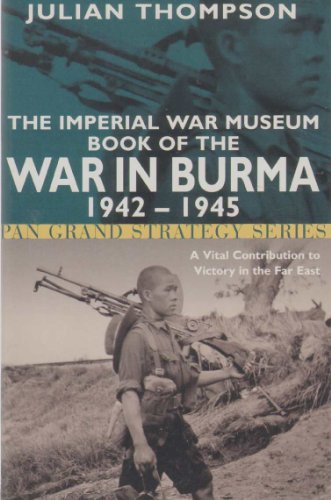 The campaign in Burma was the longest and biggest ground war fought by the British and Americans against the Japanese. Including 1000 mile-long retreats and the great Allied victory at Kohima-Imphal, Burma brought the Allies a wealth of incomparably bitter combat experiences. Using the Imperial War Museum's archives, Major General Julian Thompson provides a gripping and unforgettable picture of what it was like to fight in this extraordinary conflict.

Major General Julian Thompson served in the Royal Marine Commandos for thirty-four years. He is Visiting Professor in the Department of War Studies, King's College, London.

"An engrossing and authoritative account of that still neglected campaign. Slim was one of our greatest generals, a soldier's soldier, and Kohima and Imphal were great, unsung victories. Thompson is the perfect judge and author" Spectator.

1. THE IMPERIAL WAR MUSEUM BOOK OF