Items related to The Hanging Valley 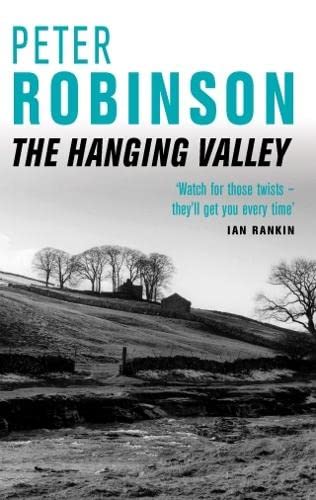 A faceless corpse is discovered in a tranquil, hidden valley below the village of Swainshead. And when Chief Inspector Alan Banks arrives, he finds that no-one is willing to talk. Banks' frustration only grows when the identity of the body is revealed. For it seems that his latest case may be connected with an unsolved murder in the same area five years ago. Among the silent suspects are the Collier brothers, the wealthiest and most powerful family in Swainsdale. When they start use their influence to slow down the investigation, Inspector Alan Banks finds himself in a race against time..."The novels of Peter Robinson are chilling, evocative, deeply nuanced works of art" - Dennis Lehane.

No one dreamed something so hideous could grow in so beautiful a place . . .

Many who visit the valley are overwhelmed by its majesty. Some wish they never had to leave. One didn't, a hiker whose decomposing corpse is discovered by an unsuspecting tourist. But this strange, incomprehensible murder is only the edge of the darkness that hovers over a small rural village and its tight-lipped residents who guard shattering secrets of sordid pasts and private shames. Detective Chief Inspector Alan Banks knows that both the grim truth and a cold-blooded killer are hiding here, far from the city, the noise, and safety. And he's determined to walk into the valley of death to expose them both.

Peter Robinson grew up in Yorkshire but now lives in Canada. His Inspector Banks series has won numerous awards in the US, Britain and Canada.