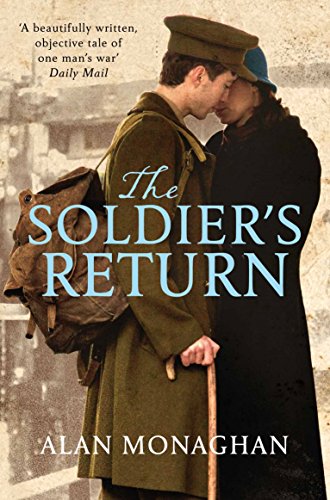 In the second book in the trilogy, Stephen Ryan finds he must think fast, as everything that he holds dear is threatened—this new Ireland has new, unpredictable rules

Battered and broken by three years of fighting, Stephen Ryan returns to Ireland—to the woman he loves, and in the hope of a return to his old life. But, instead, he finds the seeds of a new conflict are being sown in Dublin. Sinn Fein is resurgent, and more determined than ever to gain independence for Ireland. Stephen's own brother is among those who are prepared to fight for their cause, and there is growing civil unrest at the shocking losses of World War I and the threat of conscription looming over Ireland. With the mood of the whole country changing, Stephen must ask himself if he has chosen the right side. All he knows is that he cannot stay at home. Despite his wounds, and his growing addiction to the morphine he needs to ease his pain, Stephen feels compelled to return to the front, where he has some hope of laying his ghosts to rest and where at least he knows where his loyalties lie. But war is deceitful, whether at home or abroad, and Stephen eventually finds himself dragged into a complex web of deceit and violence.