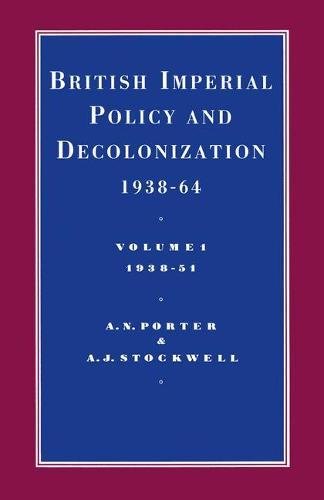 Current interest in Britain's imperial past and the loss of her formal empire since World War II is substantial. This book brings together a substantial collection of original and hitherto unpublished source material, throwing light on the approaches of those politicians, civil servants and expert advisers who were responsible for Britain's changing relations with her colonies and the Commonwealth since the late 1930s. Major themes covered include the impact on the empire of the Second World War, political development in colonial territories, the place of colonies in Britain's strategic defence planning, the links between metropolitan and colonial economies, problems of colonial economic development and relations with the USA.

Shipping: US$ 13.14
From United Kingdom to U.S.A.
Destination, rates & speeds