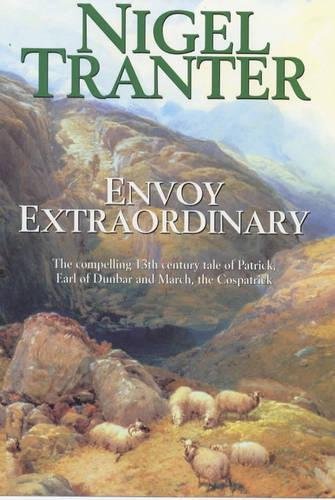 Patrick of Dunbar was more interested in encouraging the trade generated by the great wool production of his sheep-strewn Lammermuir Hills than in warfare and matters of the state. But these are troubled times, and his trading links are threatened.

Patrick of Dunbar, of noble lineage, was a family man, less interested in warfare and matters of state than in the welfare of the folk of his earldoms and his thriving wool trade. Despite his modest ambitions, however, Patrick was born to play a major role in Scotlandąs affairs. These were troubled times, and the Scottish king, Alexander III, was but a child. Finally, it was the Norsemen and Vikings and their domination of the Scottish islands that drove Patrick to action. Tranter vividly recreates the story of a reluctant hero who summoned all his ingenuity and courage to protect his beloved Scotland.