Items related to The Nazi Dictatorship: Problems and Perspectives of... 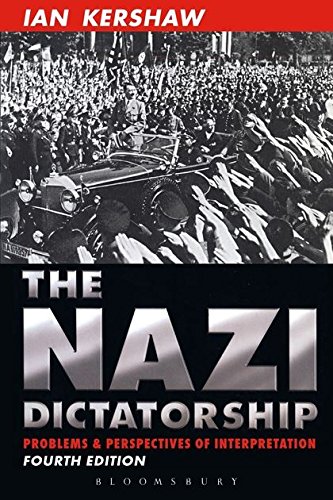 This widely-used text on the Nazi regime explores the complex issues historians face when they interpret the Third Reich. Kershaw expertly synthesizes data and evaluates complex historiography looking at the major themes and debates among scholars about Nazism.  Drawing on the findings of a wide range of research, particularly the work of German scholars which has not been widely available in English editions, he uncovers interpretational problems, outlines the approaches taken by various historians, and provides clear evaluations of their positions.  This edition reflects current concerns and fresh research and contains substantial revisions to the chapter on "Hitler and the Jews" and an updated survey of recent historical work including Goldhagen's controversial book, Hitler's Willing Executioners.

Sir Ian Kershaw is Professor of Modern History at the University of Sheffield, UK and an internationally acclaimed biographer of Hitler. He is a Fellow of the British Academy and the Royal Historical Society.

"The best short introduction to the study of Hitler's Germany."—European History Quarterly
"Unquestionably the most authoritative, balanced, readable, and meticulously documented introduction to the Third Reich that has yet appeared."—International History Review
"Impressive...acute...extraordinary."—English Historical Review