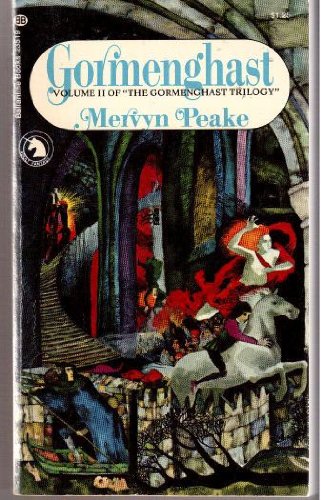 Mervyn Peake (1911-1968) wrote plays, painted, as well as being poet, illustrator, short-story writer, and designer of theatrical costumes, as well as a novelist. Among his many books are the Gormenghast novels, Titus Groan, Gormenghast, and Titus Alone.