Items related to Huon of the Horn

Norton, Andre Huon of the Horn

Huon of the Horn 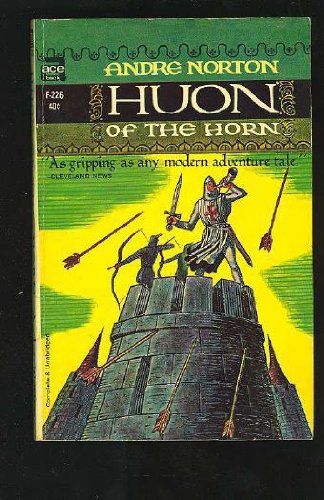 A tale of that Duke of Bordeaux who came to sorrow at the hands of Charlemagne & yet won the favor of Oberon, the elf king, to his lasting fame & great glory. This is a later addition to the Charlemagne cycle last translated into English by Sir John Bourchier (Lord Berners) as "Boke of Duke Huon de Burdeux" in 1534 & adapted by Andre Norton in 1951. "An unusual tho circumscribed item, this translation of the 1534 English version of the romance of Huon of Bordeaux, included in the cycle of the Charlemagne Saga. With relaxed sentence structure which nevertheless retains some of the archaic flavor of the Lord Berners translation, the several legends of the hero who became a friend of the King of the Fariries & later ruler of Fairyland is told in brief episodes. Actually, in spite of a profusion of serpents, elves & magic props, the incidents don't have the universal appeal of some of the Arthur legends, for example, or the Roland tales. Huon's struggles against the Saracens, his meetin