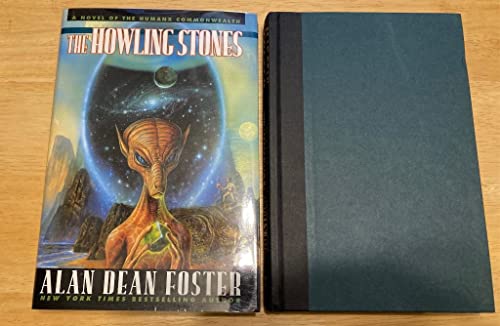 The newly discovered planet of Senisran was a veritable paradise. Its vast oceans were dotted with thousands of lush islands containing vast deposits of rare-earths and minerals. But Senisran was also the Humanx Commonwealth's problem child, for each island was inhabited by a different tribe of aboriginal natives whose customs and tribal rites varied from island to island. Each had to be negotiated with separately for mining rights, and the Commonwealth was locked in a race against the vicious AAnn Empire to secure those rights.

Now the clans of the Parramat Archipelago on Senisran were resisting entreaties by the Commonwealth and AAnn alike. So, xenologist and first-contact specialist Pulickel Tomochelor was dispatched from Earth to handle this  sensitive and stubborn negotiation. More comfortable with aliens than with his own species, and confident in his extraordinary ability to communicate with them, Pulickel looked forward to a short assignment and a triumphant return to Earth.

But he hadn't counted on the incredible secret of Parramat: the strange green stones that the natives used to bless the crops, ensure plentiful fishing, heal the injured and ill, and control the weather. Within these stones lay an awesome technology the origin of which was lost in time, technology that had to be kept from the AAnn at any cost.

In his previous travels around the planets of the Commonwealth, Pulickel had seen many wonders, but never any like this. And he had seen the effects of evil on both beings and planets, but he never expected to meet the very essence of evil face-to-face . . .

Enter the amazing world of the Humanx Commonwealth, the interstellar empire governed jointly by humans and insectoid Thranx aliens as New York Times-bestselling author Alan Dean Foster continues the saga that began with For Love of Mother-Not, The Tar-Aiym Krang, and Orphan Star!

Alan Dean Foster is great to work with. First of all, his wife manages a fun band, so I got a free CD! Also, Alan is a nice guy who's always willing to listen to suggestions and never balks at rewriting. Also, Alan travels widely in the coolest places, and is even known to send a gift from the far ends of the earth occasionally! Seriously, though, the neat thing is that Alan uses his experiences from all this far-flung travel to imbue his alien worlds with color and excitement. He's got some particularly neat natives in The Howling Stones--they're aliens, but I wouldn't be surprised if he's actually met them somewhere--
--Shelly Shapiro, Executive Editor

Enter another realm in the amazing world of the Humanx Commonwealth -- the interstellar empire governed jointly by humans and aliens!

The newly discovered planet of Senisran was a veritable paradise -- a sprawling world of vast oceans dotted with thousands of lush islands and copious deposits of rare-earths and minerals. First-contact specialist Pulickel Tomochelor's mission to Senisran was straightforward: secure mining rights for the Humanx Commonwealth before the vicious AAnn Empire beat them to the chase. With Senisran's Parramat clan resisting entreaty, negotiations could be difficult, but Pulickel was more comfortable with aliens than with his own species and looked forward to a triumphant return to Earth.

He hadn't counted on the incredible secret of Parramat, though: the strange, powerful green stones that the tribe used to manipulate the forces of nature. Within those stones lay an awesome technology, the origin of which was lost in time -- a technology that had to be kept from the AAnn at any cost...