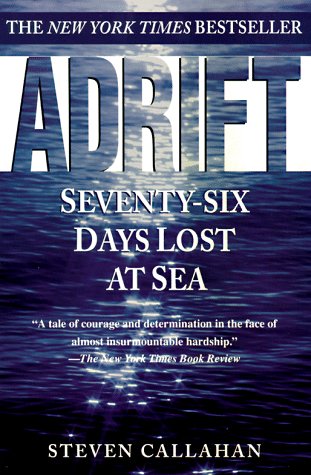 After his small sailboat sank in the Atlantic, Steve Callahan spent 76 days in a five-foot inflatable raft, drifting 1800 miles before his rescue.

IMES besteller, this true story tells the riveting, first-hand account of the only man in history to have survived more than a month alone at sea,fighting for his life in an inflatable raft after his small sloop capsized only six days out. Racked by hunger, buffeted by storms, and broiled by the tropical sun, Steven Callahan drifted over eighteen hundred miles of ocean, fighting off sharks with a makeshift spear, and watching nine ships pass by without turning back. Here is a story of anguish and horror, of undying heroism, hope--and survival.