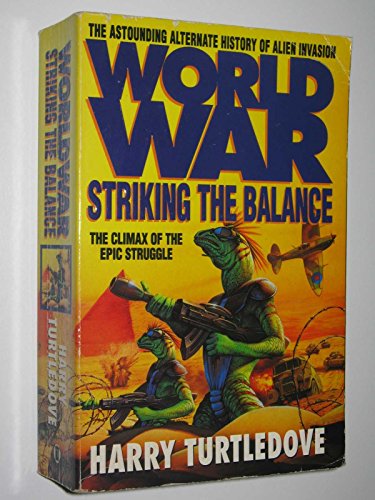 When alien beings armed with devastatingly superior military technology and bent on conquest invaded earth, Allied and Axis forces were already engaged in a bloody conflict - the Second World War - that spanned the whole globe. Suddenly, humans had to stop fighting each other and unite against this deadly new enemy from beyond the Solar System. From China to North Africa, from hit-and-run cavalry raids in the American West to tank clashes in Eastern Europe, the worldwide conflict raged. Now battlefield defeats, supply shortages, guerrilla warfare in their occupied territories, rebellion within their own ranks and atomic attacks forced the alien leaders to rethink drastically their strategy and tactics. Was it going to be necessary to destroy Earth in order to save it ...?