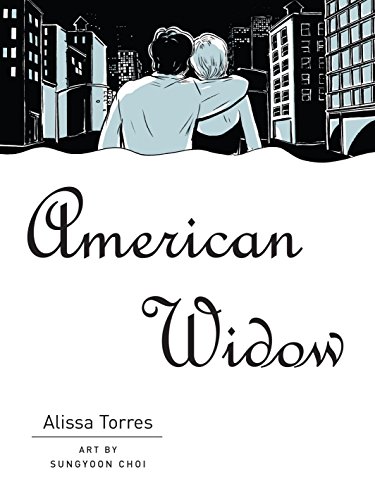 "At the heart of "American Widow" is the notion of Sept. 11 as a personal, rather than a national or political, tragedy, which, this achingly tender work reminds us, is exactly what it was." -- LA Times

Want to honor those who passed during 9-11? Turn off the stupid documentary glorifying all of those images we've seen over and over, and read this sincere account of how that fateful day effected one person that represents all of us.” — Aint It Cool News

“Reading it, you feel that Torres could be your friend or neighbor; she makes an epic tragedy intimate.” — Newsday

On September 10, 2001, Eddie Torres started his dream job at Cantor Fitzgerald in the North Tower of the World Trade Center. The next morning, he said goodbye to his 7˝-months-pregnant wife, Alissa, and headed out the door.

In an instant, Alissa’s world was thrown into chaos. Forced to deal with unimaginable challenges, Alissa suddenly found herself cast into the role of “9/11 widow,” tossed into a storm of bureaucracy, politics, patriotism, mourning, consolation, and, soon enough, motherhood.

Beautifully and thoughtfully illustrated, American Widow is the affecting account of one woman’s journey through shock, pain, birth, and rebirth in the aftermath of a great tragedy. It is also the story of a young couple’s love affair: how a Colombian immigrant and a strong-minded New Yorker met, fell in love, and struggled to fulfill their dreams. Above all, American Widow is a tribute to the resilience of the human heart and the very personal story of how one woman endured a very public tragedy.

About the Author:
Alissa Torres lives in New York with her family.

Choi is a graduate of the School of Visual Arts in New York City and has produced short comics as well as illustrations for The New York Times.
From Publishers Weekly:
Torres's husband, Eddie, started work at Cantor Fitzgerald in the World Trade Center on September 10, 2001. The next day, Alissa became one of the terrorist widows of 9/11. American Widow chronicles Alissa's first year without Eddie—including the birth of their child, two months after his death. It also traces their courtship, marriage and the last few days of Eddie's life. This deeply personal book is at times raw, angry, bleak and lyrical. The best prose comes out of Torres's moments of pure, lonely grief, which punctuate her confusing and at times horrifying experiences with various aid agencies, family members, friends and strangers. Choi's art is reminiscent of the work of Andi Watson and Craig Thompson, and complements Torres's writing by emphasizing the ordinary in Alissa's extraordinary circumstances. Torres and Choi do best with the confusion and shock that come with a sudden death, laying out scene after scene without quite connecting them—just as events seem to go on and on without meaning when one has lost someone important. What this book lacks in technique and narrative drive, it makes up in its heartfelt look at the universality in one woman's loss. (Sept.)
Copyright © Reed Business Information, a division of Reed Elsevier Inc. All rights reserved.