Items related to A Country Road, A Tree

A Country Road, A Tree 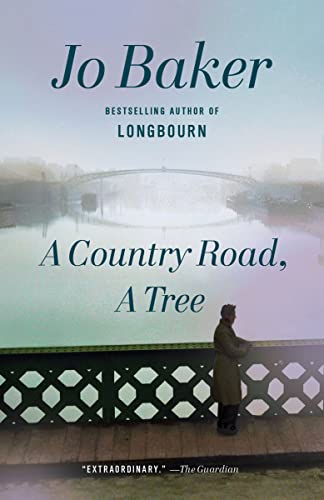 Samuel Beckett is a young writer living in Paris--intoxicated by new friendships with James Joyce and the other writers and artists making the vibrant city their creative home--when war breaks out in 1939. He determines to stay and is swiftly drawn into the maelstrom, joining the Resistance. With him we experience the terrifying excitement yet stubborn vibrancy and camaraderie as the Parisians flee the Nazis and the Resistance goes underground; his friendships with the astonishing group of men and women who find themselves caught up in the Occupation; his quiet, committed love for Suzanne, the Frenchwoman who will become his lifelong companion; and his dangerous work encoding critical messages in translations and narrow escapes from the Gestapo. Here is a remarkable story of survival and determination, and a portrait of a uniquely brilliant mind.

The tree stirred and sound of the needles was sshh, sshh, sshh. The boy swung a knee over the branch, heaved himself up, and shifted round so that his legs dangled. The scent of the larch cleared his head, so that everything seemed sharp and clear as glass. He could still hear the faint sound of piano practice, but he could also see out across the fields from here; he could see for miles and miles, and the sky was wide open as a cat’s yawn.

He heard the side door of the house go, and then her voice calling out for him, sing-song: “It’s ti-ime.”

He chewed his lip and stayed put. The door popped open, he could hear more distinctly the bright ripple of music, a stumble, and the phrase caught and begun again. Frank was trying hard to get it right. He, though, would not oblige. With her watching, he couldn’t lose himself while playing; and if he couldn’t lose himself, then what was the point of playing at all?

He didn’t move. She gave out a sigh and the door clacked shut behind her, and she came down the step, out into the garden, looking for him.

He dug at a scale of bark with a thumbnail.

“Where have you dot to now, you wee skitter?”


But it was herself that she was talking to as she marched through the garden, searching him out. He shuffled in against the trunk, wrapped an arm tight around it.

He watched her pass under his dangling tennis shoes—the white dividing line of the parting in her hair, her skirt snapping out with her stride. Her feet moved like darting arrows, pointing the way. The wrong way, but she wasn’t going to give up on it. If she were to stop, and plant her feet and crane her head back, that would be that. But it didn’t cross her mind: he simply couldn’t be where he was not allowed to be. Up there, he had climbed out of her imagining.

The music ended. Frank had finished the piece. He was waiting to be excused.

She was out across the lawns now, and there was just the spiral stair of larch branches down towards the brown earth, the mat of fallen nee­dles, and the sound of her voice, calling again and fading round the far side of the house.

He waited until he heard her footsteps return, and then the click and clack as she opened the side door and shut it again behind her. A moment later and the music started up again. Poor old Frank, he’d been lumbered with it; Frank was paying for his little brother’s escape.

He too would pay for it, he knew, and in spades, when she found him; his mother had a strong arm. But for now, he had disappeared, and it was a miracle.

He shuffled forward on the bough, tweaking the legs of his shorts down, one and then the other, between the rough bark and the tender backs-of-knees. Gravity tugged at him now, teased at his core, making it lurch and swoop. A bird was singing somewhere—a blackbird, pouring its song up and out into the Easter air.

He sucked in a breath. It tasted of sap, and of spring, and of his rubbery tennis shoes. He let go of the branch; he let go of the trunk. He lifted his arms and spread them wide. The pause on the cusp, the brink. He dived out into the empty air.

Gravity snatched him. Air stuffed his mouth and ballooned his shirt and his shorts and pummelled him, and it was stacked with branches and they smacked and scurried past; twigs whipped his cheeks and legs and arms and belly and tore at his shirt.

He lay, his cheek on hard earth. No breath: empty, red and pulsing, and no breath. Gaping, but no breath; then, in front of his eyes, the dust stirred and the fallen needles shifted: he dragged in a lump of air and heaved it down him, and then pushed it out again. It hurt.

He felt too a hot pulse in his hand, a burn on his thigh: he noticed these particular discomforts, alongside the tenderness of bruised ribs and the hard weight of the earth pushing up against him.

He creaked up onto hands and knees as his breath became normal again. Then he sat back on his heels and brushed the needles off his palms. After a moment, he twisted himself round to stretch out his legs. He considered the scratch across the ball of his thumb, which was not so bad after all, and another on his thigh, which wasn’t bleeding much, and the pink bald patch where an old scab had come off a knee. He licked the ooze off his hand, tasting not just blood but the salt-sweetness of unwashed skin and medicinal pine. He brushed down his shins and tied a trailing lace. Then he eased himself upright, unfolding like a deck­chair, all angles and joints. He tugged his shorts straight, and they more or less covered up the scratch on his leg, so she wouldn’t notice that.

His head swam, just a bit. But he was all right.

He looked over to the house: the windows stared straight back at him. The music laboured on. No doors were flung open, no one came thundering out to grab him by the scruff and drag him in and thrash his backside blue for doing something so very dangerous indeed, for put­ting himself in harm’s way, for risking life and limb, when it had been impressed upon him so soundly not to do such an idiotic thing again. She must be standing over the piano, her stare flicking from Frank’s hands to the score, the score to his hands, making sure that Frank, at least, was going to get something right.

And knowing the piece, he knew he had a good while yet before Frank would be done with it.

He glanced up through the helix of branches to the sky, where clouds bundled and tore towards the mountains from the sea. On the lowest branch, near the trunk, the bark was polished smooth with the wear of his own hands. He reached for it, grasped it in his stinging palms, and heaved himself up till his elbows locked and his belly was pressed against the bough. Then he swung his right knee over the scaly bark, making the blood bead again. He stretched a hand up for the next branch, where it hung just above his head. He began, again, to climb.

Book Description Vintage Canada. Paperback. Condition: Good. A copy that has been read, but remains in clean condition. All pages are intact, and the cover is intact. The spine may show signs of wear. Pages can include limited notes and highlighting, and the copy can include previous owner inscriptions. At ThriftBooks, our motto is: Read More, Spend Less. Seller Inventory # G0345816390I3N00