Items related to Ransom for a Killing

Fred Hunter Ransom for a Killing

Ransom for a Killing 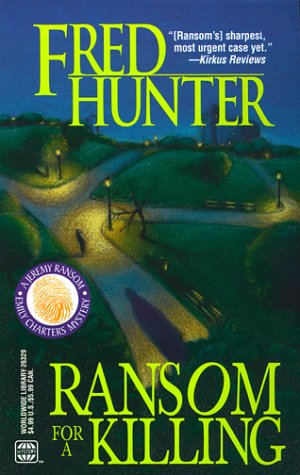 Nearly a decade ago, Ben Harvey was convicted of raping a high school classmate--a crime for which he has consistently maintained his innocence. After he's spent ten years in prison, DNA evidence conclusively proves that he is indeed innocent, his conviction is overturned, and he is released. But the dreams he once had for college and a career in law are now out of his reach, and the once well-liked, respectful young man has seemingly grown embittered. Meanwhile, shortly after his release, his accuser, Laura Shay, is found dead in her apartment--brutally and mysteriously murdered.

Chicago Police Detective Jeremy Ransom draws the investigation of Laura Shay's murder and quickly finds himself mired in a case with too much publicity and too few clues. With the help of his friend Emily Charters, Jeremy begins to look into the decade-old rape charge that continues to cast its shadow over this case, for if he is to have any chance of solving Laura's murder, he must first uncover the long-buried truth of that long-ago night.

In their latest outing, Ransom and Charters have to find out whether rape victim Laura Shay and her mother were murdered by the man that Shay sent to prison nine years before. New DNA evidence has cleared Ben Harvey of the original charge, but did his years in jail trigger a deadly rage? Or did the money that Laura got after Ben's conviction come from the real rapist? Like Archie Goodwin, Ransom does most of the legwork. But Charters also has an important role in the investigation--especially when her sharp social instincts spot a vital clue in a television interview. Other Ransom-Charters adventures: Ransom for a Holiday, Ransom for an Angel, Ransom for Our Sins. Author Fred Hunter also writes the Alex Reynolds detective series, including Federal Fag and Government Gay. --Dick Adler

Fred Hunter is the author of four previous books in the Ransom/Charters series, most recently Ransom for a Holiday, as well as two books in the Alex Reynolds series. He lives in Chicago.

1. Ransom for a Killing