Items related to The Sound of Secrets (The Secrets of Stoneley, Book... 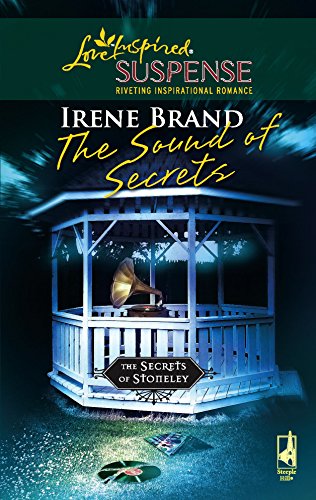 A note from Nerissa Blanchard:
Now that my twin has found love, she wants me to be as happy as
she is. She doesn't know how blue coming home to this empty house
makes me. And our poor mother—I found her in the library, murdered.
I'm thankful that Drew Lancaster was one of the first officers on the
scene. He's encouraging and supportive (and he's handsome, too!).
Lately, I've been hearing strange things around the house, and I worry
that Mother's killer—or maybe someone else—is trying to push me
over the edge of madness.

Irene Brand’s first inspirational romance was published in 1984, and she now has more than 40 titles, approximately 2 million copies, in print, including four non-fiction books. Her current publishers are Steeple Hill (Love Inspired) and Barbour Publishing; however, her first romances were published by Thomas Nelson Publishers, Zondervan, Fleming Revel, and Kregel.  Irene, and her husband, Rod, live in West Virginia,