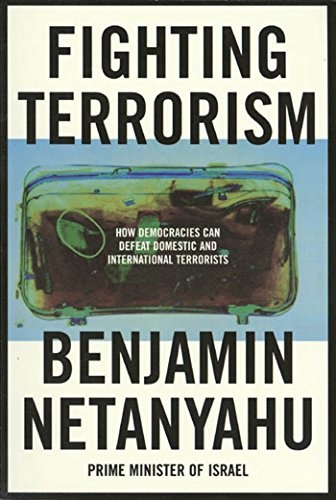 In this innovative and concise work, Israeli politician Benjamin Netanyahu offers a compelling approach to understanding and fighting the increase in domestic and international terrorism throughout the world. Citing diverse examples from around the globe, Netanyahu demonstrates that domestic terrorist groups are usually no match for an advanced technological society which can successfully roll back terror without any significant curtailment of civil liberties. But Netanyahu sees an even more potent threat from the new international terrorism which is increasingly the product of Islamic militants, who draw their inspiration and directives from Iran and its growing cadre of satellite states. The spread of fundamentalist Islamic terrorism, coupled with the possibility that Iran will acquire nuclear weapons, poses a more frightening threat from an adversary less rational and therefore less controllable than was Soviet Communism. How democracies can defend themselves against this new threat concludes this provocative book.

From his days as a soldier in an elite anti-terror unit in the Israeli army to his years as Prime Minister of Israel, Benjamin Netanyahu has fought terrorism on the military, diplomatic and political battlefields. He has also written A Place Among the Nations: Israel and the World.

Book Description Farrar, Straus & Giroux Inc, United States, 1997. Paperback. Condition: New. 2001st ed. Language: English. Brand new Book. The growth of terrorism has been accompanied by a steady escalation in the means of violence, from small arms used to assassinate individuals, to automatic weapons used to mow down groups, to car bombs now capable of bringing down entire buildings, to lethal chemicals that (as in Japan) can threaten entire cities. The very real possibility that terrorist states and organizations may soon acquire horrific weapons of destruction and use them to escalate terrorism beyond our wildest nightmares has not been addressed properly by Western governments. It mus be recognized that barring firm and resolute action by the United States and the West, terrorism in the 1990s will expand dramatically both domestically and internationally. Today's tragedies can either be the harbingers of much greater calamities yet to come or the turning point in which free societies once again mobilize their resources, their ingenuity, and their will to wipe out this evil from our midst. Fighting terrorism is not a "policy option"; it is a necessity for the survival of our democratic society and our freedoms. Showing how this battle can be won is the purpose of this book. Seller Inventory # AAV9780374524975

8. Fighting Terrorism: How Democracies Can Defeat Domestic and International Terrorists (Paperback or Softback)

9. Fighting Terrorism: How Democracies Can Defeat Domestic and International Terrorists