Items related to Latin American Folktales: Stories from Hispanic and... 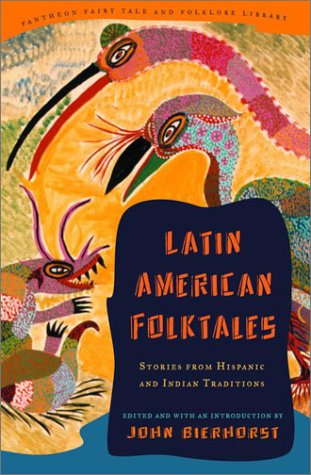 The wisdom and artistry of Latin America's storytellers preserve one of the world's richest folktale traditions--combining the lore of medieval Europe, the ancient Near East, and pre-Columbian America. Among the essential characters are the quiet man's wife who knew the Devil's secrets, the tree daughters who robbed their father's grave, and the wife in disguise who married her own husband--not to mention the Bear's son, the tricksters Fox and Monkey, the two compadres, and the classic rogue Pedro de Urdemalas.

Gathered from twenty countries, including the United States, the stories are here brought together in a core collection of one hundred tales arranged in the form of a velorio, or wake, the most frequent occasion for public storytelling. The tales are preceded by a selection of early Colonial legends foreshadowing the themes of Latino folklore and are followed by a carefully chosen group of modern Indian myths that replay the basic stories in a contrasting key. Riddles, chain riddles, and folk prayers, part and parcel of the velorio along with folktales, are introduced at appropriate junctures.

The collection is unprecedented in size and scope, and most of the tales have not been translated into English before. The result is the first panoramic anthology of Hispano-American folk narratives in any language--meant to be dipped into at random or read straight through from "Once and twice makes thrice upon a time" to "They were happy as the dickens and ate chickens."

"A cornucopia of magic and myth. . . . Beware, for the pages of this volume--filled with tricksters, witches, and ghosts--are enchanted!" --Ilan Stavans, Professor of Spanish, Amherst College, and author of On Borrowed Words

John Bierhorst's books on Latin American lore include The Mythology of South America and The Mythology of Mexico and Central America. A specialist in the language and literature of the Aztecs, he is the translator of the Cantares Mexicanos and the author of a Nahuatl-English dictionary. He currently serves as an editor of The Norton Anthology of World Literature an has received grants and fellowships from the Americas Society, the National Endowment for the Humanities, and the National Endowment for the Arts.