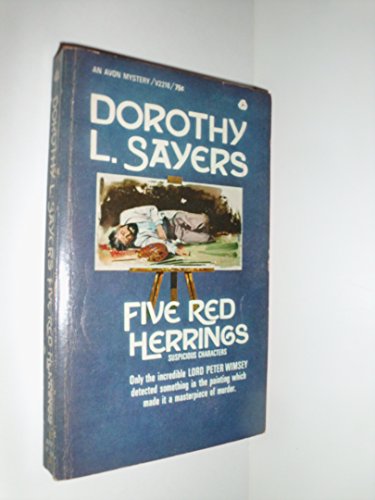 The body was on the pointed rocks alongside the stream. The artist might have fallen from the cliff where he was painting, but there were too many suspicious elements--particularly the medical evidence that proved he'd been dead nearly half a day; though eye-witnesses saw him alive a scant hour earlier. And then there were the six prime suspects-all of them artists, all of them wished him dead. Five were red herrings, but one had created a masterpiece of murder that baffled everyone, including Lord Peter Wimsey.