Items related to The Weary Blues 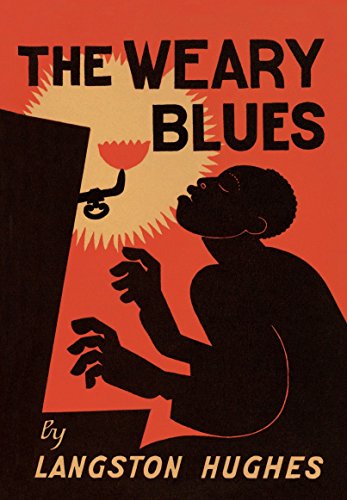 Nearly ninety years after its first publication, this celebratory edition of The Weary Blues reminds us of the stunning achievement of Langston Hughes, who was just twenty-four at its first appearance. Beginning with the opening “Proem” (prologue poem)—“I am a Negro: / Black as the night is black, / Black like the depths of my Africa”—Hughes spoke directly, intimately, and powerfully of the experiences of African Americans at a time when their voices were newly being heard in our literature. As the legendary Carl Van Vechten wrote in a brief introduction to the original 1926 edition, “His cabaret songs throb with the true jazz rhythm; his sea-pieces ache with a calm, melancholy lyricism; he cries bitterly from the heart of his race . . . Always, however, his stanzas are subjective, personal,” and, he concludes, they are the expression of “an essentially sensitive and subtly illusive nature.” That illusive nature darts among these early lines and begins to reveal itself, with precocious confidence and clarity.

In a new introduction to the work, the poet and editor Kevin Young suggests that Hughes from this very first moment is “celebrating, critiquing, and completing the American dream,” and that he manages to take Walt Whitman’s American “I” and write himself into it. We find here not only such classics as “The Negro Speaks of Rivers” and the great twentieth-century anthem that begins “I, too, sing America,” but also the poet’s shorter lyrics and fancies, which dream just as deeply. “Bring me all of your / Heart melodies,” the young Hughes offers, “That I may wrap them / In a blue cloud-cloth / Away from the too-rough fingers / Of the world.”

LANGSTON HUGHES was born in Joplin, Missouri, in 1902. After graduation from high school, he spent a year in Mexico with his father, then a year studying at Columbia University. His first poem published in a nationally known magazine was “The Negro Speaks of Rivers,” which appeared in Crisis in 1921. In 1925, he was awarded the First Prize for Poetry from the magazine Opportunity for “The Weary Blues,” which gave its title to this, his first book of poems. Hughes received his B.A. from Lincoln University in Pennsylvania in 1929. In 1943, he was awarded an honorary Litt.D. by his alma mater; during his lifetime, he was also awarded a Guggenheim Fellowship (1935), a Rosenwald Fellowship (1940), and an American Academy of Arts and Letters Grant (1947). From 1926 until his death in 1967, Hughes devoted his time to writing and lecturing. He wrote poetry, short stories, autobiography, song lyrics, essays, humor, and plays. A cross section of his work was published in 1958 as The Langston Hughes Reader; a Selected Poems first appeared in 1959 and a Collected Poems in 1994. Today, his many works and his contribution to American letters continue to be cherished and celebrated around the world.

To fling my arms wide
In some place of the sun,
To whirl and to dance
Till the white day is done.
Then rest at cool evening
Beneath a tall tree
While night comes on gently,
Dark like me,—
That is my dream!

To fling my arms wide
In the face of the sun,
Dance! whirl! whirl!
Till the quick day is done.
Rest at pale evening....
A tall, slim tree....
Night coming tenderly
Black like me.