Items related to The Chamber: A Novel

Grisham, John The Chamber: A Novel 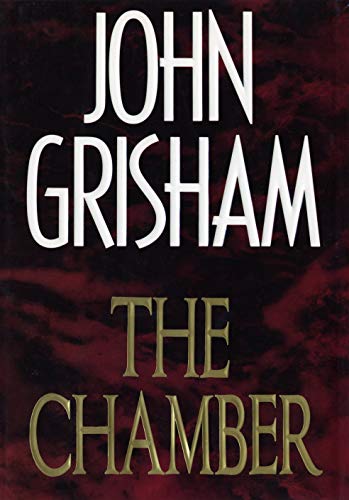 In the corridors of Chicago's top law firm:

Twenty -six-year-old Adam Hall stands on the brink of a brilliant legal career. Now he is risking it all for a death-row killer and an impossible case.

Sam Cayhall is a former Klansman and unrepentant racist now facing the death penalty for a fatal bombing in 1967. He has run out of chances -- except for one: the young, liberal Chicago lawyer who just happens to be his grandson.

While the executioners prepare the gas chamber, while the protesters gather and the TV cameras wait, Adam has only days, hours, minutes to save his client. For between the two men is a chasm of shame, family lies, and secrets -- including the one secret that could save Sam Cayhall's life... or cost Adam his.

At first listen, the narration of this abridged version of John Grisham's The Chamber seems flat and uninvolved. But Michael Beck has chosen his vocal style well, purposely eschewing unnecessary adornment and allowing this searing indictment of racism and murder to unfold on its own terms. Beck uses character voices sparingly, adding subtle emphasis to the already charged plot. The story begins with a Klan-sponsored bombing and then traces a trail of rigged acquittals stretching over three decades, until a young lawyer with secrets of his own brings the case to a powerful conclusion. (Running time: 6 hours, 4 cassettes) --George Laney

In 1967 in Greenville, Mississippi, known Klan member Sam Cayhall is accused of bombing the law offices of Jewish civil rights activist Marvin Kramer, killing Kramer's two sons. Cayhall's first trial, with an all-white jury and a Klan rally outside the courthouse, ends in a hung jury; the retrial six months later has the same outcome. Twelve years later an ambitious district attorney in Greenville reopens the case. Much has changed since 1967, and this time, with a jury of eight whites and four blacks, Cayhall is convicted. He is transferred to the state penitentiary at Parchman to await execution on death row. In 1990, in the huge Chicago law firm of Kravitz & Bane, a young lawyer named Adam Hall asks to work on the Cayhall case, which the firm has handled on a pro bono basis for years. But the case is all but lost and time is running out: within weeks Sam Cayhall will finally go to the gas chamber. Why in the world would Adam want to get involved?

Book Description Hardcover. Condition: New. In the corridors of Chicago`s top law firm: Twenty-six-year-old Adam Hall stands on the brink  of a brilliant legal career. Now he is risking it  all for a death-row killer and an impossible case.   Maximum Security Unit, Mi. Seller Inventory # OM-BK-2021-06-01-95

The Chamber: A Novel Hardcover

The Chamber (Hardback or Cased Book)