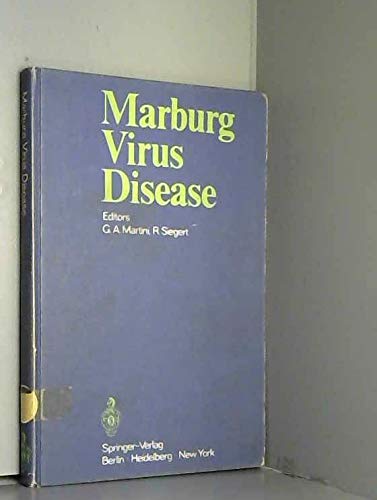 In the late summer of 1967, several patients suffering from a severe disease were admitted to the Department of Medicine of the Marburg University. It soon became obvious that the illness was a hitherto unknown infectious disease. The number of afflicted patients increased to 23. Several cases were observed in Frankfurt/Main at the same time and, some weeks later also in Belgrade, Yugo­ slavia. Common to all the patients was previous contact with the blood or tissues of Cercopithecus aethiops, the vervet monkey. Altogether 31 people became ill and 7 died. It was soon apparent that the infectious agent was neither bacterial nor rickettsial in origin but that a viral etiology was probable. Most of the known viral diseases were excluded and the infectious agent was shown to be a hitherto unknown virus with many peculiar characteristics: it infects guinea pigs but not adult mice and is larger than known viruses and of different shape. This agent was called the "Marburg virus" since most of the cases had occurred in Marburg and the greater part of the laboratory work leading to the detection of the virus was performed in Marburg.

Book Description Springer 14. Condition: Good. Former Library book. Shows some signs of wear, and may have some markings on the inside. Seller Inventory # 16373973-20

Book Description Springer, 1971. Condition: Good. Ships from the UK. Former Library book. Shows some signs of wear, and may have some markings on the inside. Seller Inventory # 16373973-20