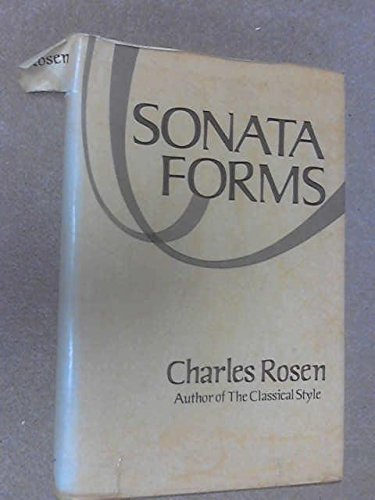 Everything you always wanted to know about the sonata, but were afraid to ask, answered at surprising length and with copious musical illustrations. Sonatas are generally thought of as being always organized into exposition, development, and recapitulation, but, writes Rosen, "...it is very dubious that a unique sonata form can be so defined even for a single decade of the late eighteenth-century," and he goes on to prove why it can't. Important reading for the serious musician.

Charles Rosen, professor of music and social thought at the University of Chicago, has also taught at the State University of New York-Stony Brook and delivered the Charles Eliot Norton Lectures at Harvard University. His recitals and other performances have won the highest critical acclaim, as have his books, The Classical Style and The Romantic Generation. When he is not concertizing, Rosen lives in New York.