Items related to Breasts: A Natural and Unnatural History

Breasts: A Natural and Unnatural History 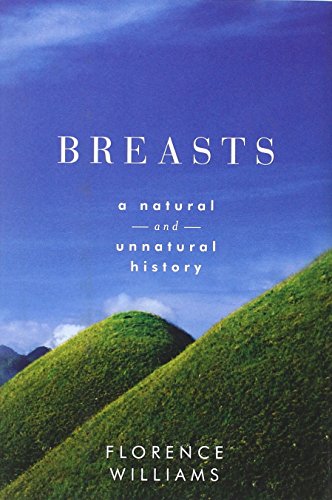 An engaging narrative about an incredible, life-giving organ and its imperiled modern fate.

Did you know that breast milk contains substances similar to cannabis? Or that it’s sold on the Internet for 262 times the price of oil? Feted and fetishized, the breast is an evolutionary masterpiece. But in the modern world, the breast is changing. Breasts are getting bigger, arriving earlier, and attracting newfangled chemicals. Increasingly, the odds are stacked against us in the struggle with breast cancer, even among men. What makes breasts so mercurial―and so vulnerable?

In this informative and highly entertaining account, intrepid science reporter Florence Williams sets out to uncover the latest scientific findings from the fields of anthropology, biology, and medicine. Her investigation follows the life cycle of the breast from puberty to pregnancy to menopause, taking her from a plastic surgeon’s office where she learns about the importance of cup size in Texas to the laboratory where she discovers the presence of environmental toxins in her own breast milk. The result is a fascinating exploration of where breasts came from, where they have ended up, and what we can do to save them.

Florence Williams is a journalist and contributing editor to Outside magazine. Her work has appeared in the New York Times, the New York Times Magazine, and National Geographic among others. Her first book, Breasts: A Natural and Unnatural History, was a New York Times Notable Book of 2012 and the winner of the Los Angeles Times Book Prize in Science and Technology. Williams lives in Washington, DC.

*Starred Review* In her exceptional history, science journalist Williams does more to enlighten us on the virtues of, workings of, and perils to women’s breasts than anyone ever has before, notwithstanding the efforts of the three H’s: Hooters, Hefner, and Hughes (Howard, inventor of the cantilever bra). And she does it with smarts, sass, and intent. Her book can be characterized as an exposé because it unveils the scandalously scanty amount of research devoted to those that define the very essence of the human race. To be sure, Williams covers all the cultural and anthropological information that the mostly male scientific—and not-so-scientific—community has gathered about what is euphemistically referred to as second base. And she goes much further, elucidating the primary purpose of the female breast and how breasts alter at each stage of a woman’s life, then venturing into breast enlargements, the chemistry of breast milk, how breasts are evolving, and how little we know about the effects of environmental toxins and the rise in breast cancer. Meant to nurture the next generation for life on planet earth, breasts are also humanity’s first responders to environmental changes. And what have modern-day chemical exposures wrought? The answers to this question and many more are found in Williams’ remarkably informative and compelling work of discovery. --Donna Chavez

1. Breasts: A Natural and Unnatural History