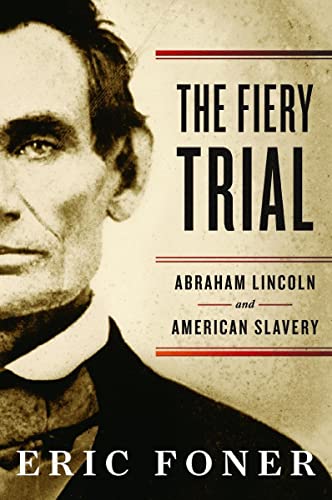 Winner of the 2011 Pulitzer Prize in History, the Bancroft Prize, and the Lincoln Prize: from a master historian, the story of Lincoln's―and the nation's―transformation through the crucible of slavery and emancipation.

In this landmark work of deep scholarship and insight, Eric Foner gives us the definitive history of Lincoln and the end of slavery in America. Foner begins with Lincoln's youth in Indiana and Illinois and follows the trajectory of his career across an increasingly tense and shifting political terrain from Illinois to Washington, D.C. Although “naturally anti-slavery” for as long as he can remember, Lincoln scrupulously holds to the position that the Constitution protects the institution in the original slave states. But the political landscape is transformed in 1854 when the Kansas-Nebraska Act makes the expansion of slavery a national issue.

A man of considered words and deliberate actions, Lincoln navigates the dynamic politics deftly, taking measured steps, often along a path forged by abolitionists and radicals in his party. Lincoln rises to leadership in the new Republican Party by calibrating his politics to the broadest possible antislavery coalition. As president of a divided nation and commander in chief at war, displaying a similar compound of pragmatism and principle, Lincoln finally embraces what he calls the Civil War's “fundamental and astounding” result: the immediate, uncompensated abolition of slavery and recognition of blacks as American citizens.

Foner's Lincoln emerges as a leader, one whose greatness lies in his capacity for moral and political growth through real engagement with allies and critics alike. This powerful work will transform our understanding of the nation's greatest president and the issue that mattered most. 16 pages black-and-white illustrations and 3 maps

ADVANCE PRAISE FOR THE FIERY TRIAL:

“While many thousands of books deal with Lincoln and slavery, Eric Foner has written the definitive account of this crucial subject, illuminating in a highly original and profound way the interactions of race, slavery, public opinion, politics, and Lincoln’s own character that led to the wholly improbable uncompensated emancipation of some four million slaves. Even seasoned historians will acquire fresh and new perspectives from reading The Fiery Trial.” ―David Brion Davis, Sterling Professor of History Emeritus, Yale University, author of Inhuman Bondage: The Rise and Fall of Slavery in the New World

“Definitive and breathtaking: with dazzling clarity and authority, demonstrating a total command of his sources and a sense of moral justice that transcends history, Foner has done nothing less than provide the most persuasive book ever written on Lincoln’s vital place in the fight for freedom in America. This volume stands alone in the field. It is not only the best account ever written on the subject; henceforth, it should be regarded as the only account.” ―Harold Holzer, author of Lincoln President-Elect

“Eric Foner has done it again. The Fiery Trial explores the pivotal subject of Lincoln and slavery free from the mists of hagiography and the muck of denigration. With his usual stylish mastery, Foner advances enlightened debate over our greatest president, the origins and unfolding of the Civil War, and the abolition of southern slavery. His book marks an auspicious intellectual beginning to the sesquicentennial of the American Iliad.” ―Sean Wilentz, author of The Rise of American Democracy: Jefferson to Lincoln

Eric Foner is the pre-eminent historian of the Civil War era. His teaching and scholarship have shaped our understanding of that pivotal period. His books have garnered every major award, including the Pulitzer Prize for The Fiery Trial, his study of Lincoln and American slavery. The DeWitt Clinton Professor Emeritus of History at Columbia University, he also writes frequently for the Nation and other major periodicals. He lives in New York City.