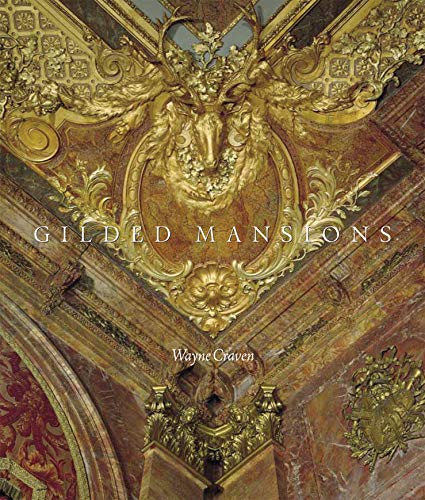 A lavishly illustrated history of the opulent art and architecture of the Gilded Age.

The Gilded Age (1865–1918) saw the sudden rise of America's first High Society, including such prominent families as the Astors, Whitneys, and Vanderbilts. As an aristocracy based on fortunes recently acquired, these families endeavored to live like Europe's blue-blooded nobility, shedding Puritan restraint as they joyously flaunted their new wealth―especially where their homes were concerned.

They erected French chateaus and Italian palazzos on New York's Fifth Avenue, at Newport, and elsewhere, often taking inspiration from Parisian styles of the Second Empire. They rejected more modest American styles just as they rejected middle-class society, and for interior decoration they turned to such artisans as Tiffany, Herter Brothers, and Allard's of Paris.

Immensely readable and illuminated with 250 stunning color and black-and-white illustrations, this is the fascinating story of America's first millionaire society, the way they lived and partied, and the lush artistic and cultural legacy they established.

Wayne Craven is the Henry Francis du Pont Winterthur Professor of Art History, Emeritus, at the University of Delaware. He is the author of American Art: History and Culture and Stanford White: Decorator in Opulence. He lives in Newark, Delaware.