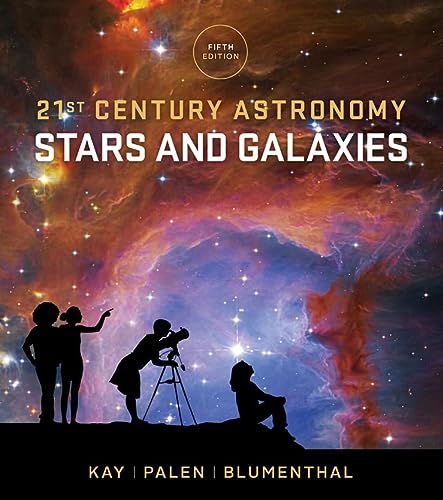 A textbook that facilitates learning by doing.

Laura Kay is Ann Whitney Olin professor and Chair of the Department of Physics and Astronomy at Barnard College, where she has taught since 1991. She received a BS degree in physics and an AB degree in feminist studies from Stanford University, and MS and PhD degrees in astronomy and astrophysics from the University of California–Santa Cruz. As a graduate student she spent 13 months at the Amundsen Scott station at the South Pole in Antarctica, and has had fellowships in Chile and Brazil. She studies active galactic nuclei using optical and X-ray telescopes. At Barnard she teaches courses on astronomy, astrobiology, women and science, and polar exploration.

Stacy Palen is an award-winning professor in the Physics Department and Director of the Ott Planetarium at Weber State University. She received her BS degree from Rutgers University, and her PhD from the University of Iowa. Dr. Palen does research in the death of Sun-like stars, and formal and informal astronomy education. She spends much of her time thinking, teaching, and writing about the applications of science in everyday life. She then puts that science to use on her small farm in Ogden, Utah.

Shipping: US$ 43.67
From United Kingdom to U.S.A.
Destination, rates & speeds