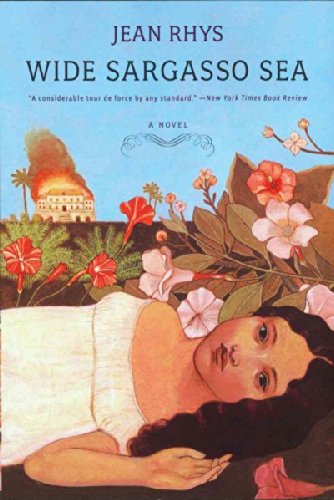 Jean Rhys's reputation was made upon the publication of this passionate and heartbreaking novel, in which she brings into the light one of fiction's most mysterious characters: the madwoman in the attic from Charlotte Brontë's Jane Eyre. Set in the Caribbean, its heroine is Antoinette Cosway, a sensual and protected young woman who is sold into marriage to the prideful Rochester. In this best-selling novel, Rhys portrays a society so driven by hatred, so skewed in its sexual relations, that it can literally drive a woman out of her mind.

In 1966 Jean Rhys reemerged after a long silence with a novel called Wide Sargasso Sea. Rhys had enjoyed minor literary success in the 1920s and '30s with a series of evocative novels featuring women protagonists adrift in Europe, verging on poverty, hoping to be saved by men. By the '40s, however, her work was out of fashion, too sad for a world at war. And Rhys herself was often too sad for the world--she was suicidal, alcoholic, troubled by a vast loneliness. She was also a great writer, despite her powerful self-destructive impulses.

Wide Sargasso Sea is the story of Antoinette Cosway, a Creole heiress who grew up in the West Indies on a decaying plantation. When she comes of age she is married off to an Englishman, and he takes her away from the only place she has known--a house with a garden where "the paths were overgrown and a smell of dead flowers mixed with the fresh living smell. Underneath the tree ferns, tall as forest tree ferns, the light was green. Orchids flourished out of reach or for some reason not to be touched."

The novel is Rhys's answer to Jane Eyre. Charlotte Brontë's book had long haunted her, mostly for the story it did not tell--that of the madwoman in the attic, Rochester's terrible secret. Antoinette is Rhys's imagining of that locked-up woman, who in the end burns up the house and herself. Wide Sargasso Sea follows her voyage into the dark, both from her point of view and Rochester's. It is a voyage charged with soul-destroying lust. "I watched her die many times," observes the new husband. "In my way, not in hers. In sunlight, in shadow, by moonlight, by candlelight. In the long afternoons when the house was empty."

Rhys struggled over the book, enduring rejections and revisions, wrestling to bring this ruined woman out of the ashes. The slim volume was finally published when she was 70 years old. The critical adulation that followed, she said, "has come too late." Jean Rhys died a few years later, but with Wide Sargasso Sea she left behind a great legacy, a work of strange, scary loveliness. There has not been a book like it before or since. Believe me, I've been searching. --Emily White