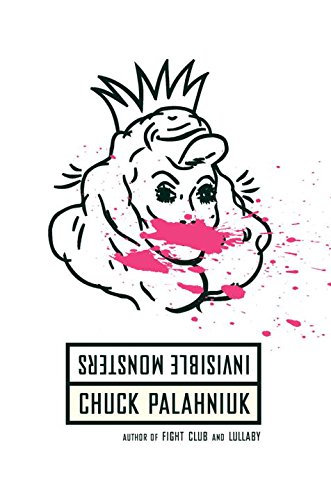 She's a fashion model who has everything: a boyfriend, a career, a loyal best friend. But when a sudden freeway "accident" leaves her disfigured and incapable of speech, she goes from being the beautiful center of attention to being an invisible monster, so hideous that no one will acknowledge that she exists. Enter Brandy Alexander, Queen Supreme, one operation away from becoming a real woman, who will teach her that reinventing yourself means erasing your past and making up something better. And that salvation hides in the last places you'll ever want to look.

When the plot of your first novel partially hinges on anarchist overthrows funded by soap sales, and the narrative hook of your second work is the black box recorder of a jet moments away from slamming into the Australian outback, it stands to reason that your audience is going to be ready for anything. Which, to an author like Chuck Palahniuk, must sound like a challenge. Palahniuk's third identity crisis (that's "novel" to you), Invisible Monsters, more than ably responds to this call to arms. Set once again in an all-too-familiar modern wasteland where social disease and self-hatred can do more damage than any potboiler-fiction bad guy, the tale focuses particularly on a group of drag queens and fashion models trekking cross-country to find themselves, looking everywhere from the bottom of a vial of Demerol to the end of a shotgun barrel. It's a sort of Drugstore Cowboy-meets-Yentl affair, or a Hope-Crosby road movie with a skin graft and hormone-pill obsession, if you know what I mean.

Um, yeah. Anyway, the Hollywood vibe doesn't stop these comparisons. As with Fight Club and Survivor, the book is invested with a cinematic sweep, from the opening set piece, which takes off like a house afire (literally), to a host of filmic tics sprayed throughout the text: "Flash," "Jump back," "Jump way ahead," "Flash," "Flash," "Flash." You get the idea. It's as if Palahniuk didn't write the thing but yanked it directly out of the Cineplex of his mind's eye. Does it succeed? Mostly. Still working on measuring out the proper dosages of his many writerly talents (equal parts potent imagery, nihilistic coolspeak, and doped-out craziness), Palahniuk every now and then loosens his grip on the story line, which at points becomes as hard to decipher as your local pill addict's medicine cabinet. However Invisible Monsters works best on a roller-coaster level. You don't stop and count each slot on the track as you're going down the big hill. You throw up your hands and yell, "Whee!" --Bob Michaels

Book Description Paperback. Condition: New. Reissue. Excellent condition. Interior is tight, bright and clean; no underlining, notes or highlighting. Binding is smooth and solid. Paperback cover is clean and sticker free. Minor scuffing and/or corner bumps on the paperback covers due to shelf wear. 100% Satisfaction Guaranteed. All items are carefully enclosed with bubble wrap. We ship promptly and worldwide via US Post and will email you a tracking number. Seller Inventory # SKU0064938