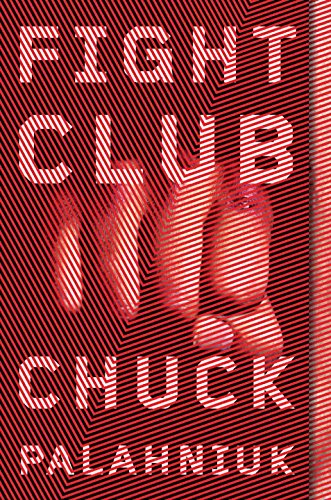 In his debut novel, Chuck Palahniuk showed himself to be his generation's most visionary satirist. Fight Club's estranged narrator leaves his lackluster job when he comes under the thrall of Tyler Durden, an enigmatic young man who holds secret boxing matches in the basement of bars. There two men fight "as long as they have to." A gloriously original work that exposes what is at the core of our modern world.

The only person who gets called Ballardesque more often than Chuck Palahniuk is, well... J.G. Ballard. So, does Portland, Oregon's "torchbearer for the nihilistic generation" deserve that kind of treatment? Yes and no. There is a resemblance between Fight Club and works such as Crash and Cocaine Nights in that both see the innocuous mundanities of everyday life as nothing more than the severely loosened cap on a seething underworld cauldron of unchecked impulse and social atrocity. Welcome to the present-day U.S. of A. As Ballard's characters get their jollies from staging automobile accidents, Palahniuk's yuppies unwind from a day at the office by organizing bloodsport rings and selling soap to fund anarchist overthrows. Let's just say that neither of these guys are going to be called in to do a Full House script rewrite any time soon.

But while the ingredients are the same, Ballard and Palahniuk bake at completely different temperatures. Unlike his British counterpart, who tends to cast his American protagonists in a chilly light, holding them close enough to dissect but far enough away to eliminate any possibility of kinship, Palahniuk isn't happy unless he's first-person front and center, completely entangled in the whole sordid mess. An intensely psychological novel that never runs the risk of becoming clinical, Fight Club is about both the dangers of loyalty and the dreaded weight of leadership, the desire to band together and the compulsion to head for the hills. In short, it's about the pride and horror of being an American, rendered in lethally swift prose. Fight Club's protagonist might occasionally become foggy about who he truly is (you'll see what I mean), but one thing is for certain: you're not likely to forget the book's author. Never mind Ballardesque. Palahniukian here we come! --Bob Michaels

Every weekend, in the basements and parking lots of bars across the country, young men with good white-collar jobs and absent fathers take off their shoes and shirts and fight each other barehanded just as long as they have to. Then they go back to those jobs with blackened eyes and loosened teeth and the sense that they can handle anything. Fight club is the invention of Tyler Durden, projectionist, waiter, and dark, anarchic genius, and it's only the beginning of his plans for revenge on a world where cancer support groups have the corner on human warmth. As the narrator of Fight Club puts it: "If people thought you were dying, they gave you their full attention". Where does Tyler Durden come from? Why do his violent schemes so capture the troubled, insomniac narrator? What events bring them to the roof of the world's tallest building, wired to explode in ten minutes? What will the end of the millennium feel like? Readers of Chuck Palahniuk's brilliantly apocalyptic and unnerving first novel are going to find out.