Items related to The Family: Diversity, Inequality, and Social Change... 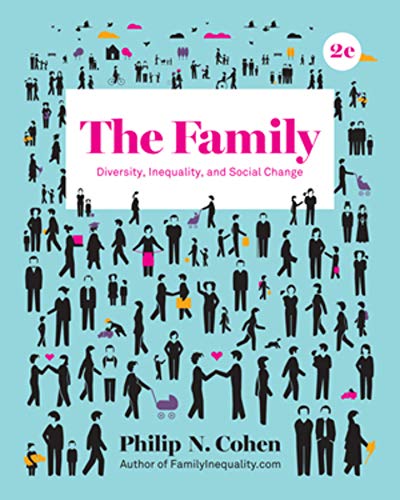 Learn the story behind the data about today’s families

Assigned at over 300 schools, The Family was an instant success due to Philip Cohen’s conversational style and robust scholarship. By encouraging sociological thinking about contemporary families, The Family helps students become savvy consumers of media-reported research. In the Second Edition, Cohen examines trends in family life such as gender fluidity, sexuality in later life, and technology’s transformation of romantic relationships. The book is further strengthened by expanded media resources including award-winning InQuizitive activities.

Philip N. Cohen, Professor of Sociology at the University of Maryland, is the founder of the blog FamilyInequality.com. He has published extensively on the gender division of labor within families, and between men and women outside of families. He is a correspondent for The Atlantic, has written op-eds for the New York Times, and has appeared on NPR and MSNBC. You can follow Philip N. Cohen on Twitter at @familyunequal.

9. The Family and#8211; Diversity, Inequality, and Social Change

Shipping: US$ 6.29
From United Kingdom to U.S.A.
Destination, rates & speeds