Items related to Earth: Portrait of a Planet (Fifth Edition) 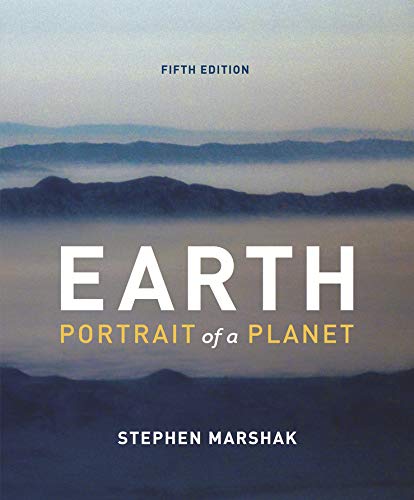 Helping you teach What a Geologist Sees.

The Fifth Edition of this bestselling textbook features stunning art, the most up-to-date science, and a wealth of online learning tools, all developed under the critical eyes of Stephen Marshak. Heavily revised with remarkably detailed photographs, animations, and maps, the text offers rich and engaging pedagogy, an expanded chapter on energy, and coverage of recent global events, from Hurricane Sandy and the Washington Landslide to Typhoon Haiyan and the Japanese Tsunami.

Stephen Marshak is a Professor Emeritus of Geology at the University of Illinois, Urbana-Champaign, where he taught for 35 years.  During this time, he also served as Head of the Department of Geology and as Director of the School of Earth, Society, & Environment.  Steve holds an A.B. from Cornell University, an M.S. from the University of Arizona, and a Ph.D. from Columbia University all in geology.  His research interests in structural geology and tectonics have taken him in the field on several continents.  Steve, a Fellow of the Geological Society of America, has won the highest teaching awards at both the college and campus levels at the University of Illinois, and has also received a Neil Miner Award from the National Association of Geoscience Teachers for “exceptional contributions to the stimulation of interest in the Earth Sciences.”  In addition to research papers and Earth: Portrait of a Planet, Essentials of Geology, Earth Science, and Laboratory Manual for Introductory Geology, he has co-authored Earth Structure: An Introduction to Structural Geology and Tectonics, and Basic Methods of Structural Geology.