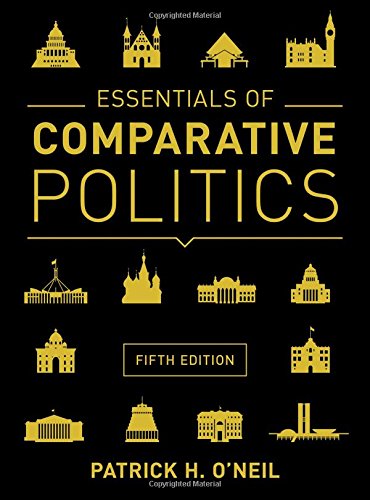 The most flexible package for comparative politics provides the best value for students.

The Essentials of Comparative Politics family provides all of the tools professors need to introduce the study and comparison of political systems. A brief conceptual textbook of the core ideas behind comparative politics, a complete casebook of thirteen country studies, and a comprehensive reader of secondary and primary sources―together these give instructors the utmost flexibility in structuring their courses without asking students to pay too much.

Patrick H. O’Neil is Professor of Politics and Government at the University of Puget Sound in Tacoma, Washington. He received his Ph.D. in Political Science from Indiana University. Professor O’Neil’s teaching and research interests are in the areas of authoritarianism and democratization. His past research focused on Eastern Europe, and his current research deals with the Middle East, particularly Iran. His publications include Revolution from Within: The Hungarian Socialist Worker’s Party “Reform Circles” and the Collapse of Communism and Communicating Democracy: The Media and Political Transitions (editor).