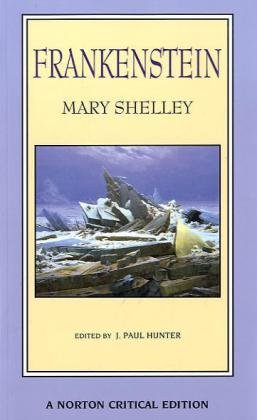 The text of this Norton Critical Edition is that of the 1818 first edition, published in three volumes by Lackington, Hughes, Harding, Mavor, and Jones, in which only obvious typographical errors have been corrected. This text represents what Frankenstein's first readers encountered and is the text favored by scholars. A special critical section, Composition and Revision, includes essays by M. K. Joseph and Anne Mellor that address the issues surrounding teachers' choice of text.

Contemporary perspectives of the text are provided in two sections: Contexts helps place the novel in relation to the mind of its creator through writings by Mary Shelley, Percy Bysshe Shelley, Lord Byron, and John William Polidori; Nineteenth-Century Responses collects six reactions to the book from the years 1818 to 1886.