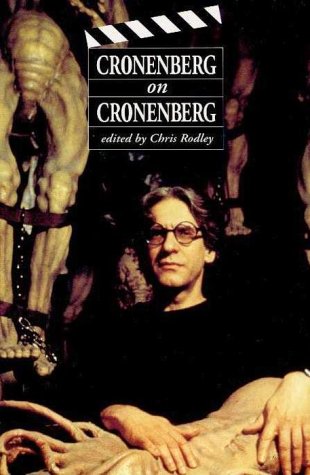 David Cronenberg is one of the most controversial directors working in the cinema today - few directors in the commercial cinema have been so uncompromising. Specializing in "venereal horror", he has steadily worked his way into the mainstream, culminating in the world-wide success of "The Fly". This volume traces the career of this film-maker from his early fascination with science, through his emerging cinema career, to its culmination is his adaptation of William Burroughs' "The Naked Lunch". A section on "M. Butterfly" is also included.

With films such as The Brood and Videodrome, David Cronenberg established himself as Canada's most provocative director. With subsequent movies such as The Dead Zone, The Fly, Dead Ringers and Naked Lunch, Cronenberg demonstrated his ability not only to touch painful nerves, but also to invest his own developing genre with seriousness, philosophical dimension and a rare emotional intensity.

Book Description KNOPF., 1992. Condition: Good. A+ Customer service! Satisfaction Guaranteed! Book is in Used-Good condition. Pages and cover are clean and intact. Used items may not include supplementary materials such as CDs or access codes. May show signs of minor shelf wear and contain limited notes and highlighting. Seller Inventory # 0394222709-2-4

Book Description KNOPF., 1992. Condition: Good. First Edition. Shows some signs of wear, and may have some markings on the inside. Seller Inventory # GRP64955396

Book Description KNOPF., 1992. Condition: Good. First Edition. Ships from the UK. Former Library book. Shows some signs of wear, and may have some markings on the inside. Seller Inventory # GRP113344716

Shipping: US$ 14.79
From United Kingdom to U.S.A.
Destination, rates & speeds