Items related to A Bright Shining Lie: John Paul Vann and America in... 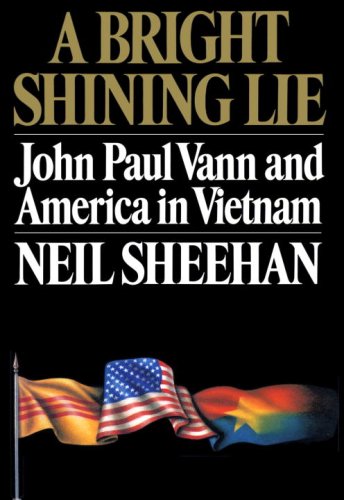 Sheehan's tragic biography of John Paul Vann is also a sweeping history of America's seduction, entrapment and disillusionment in Vietnam.
From the Trade Paperback edition.

This passionate, epic account of the Vietnam War centers on Lt. Col. John Paul Vann, whose story illuminates America's failures and disillusionment in Southeast Asia. Vann was a field adviser to the army when American involvement was just beginning. He quickly became appalled at the corruption of the South Vietnamese regime, their incompetence in fighting the Communists, and their brutal alienation of their own people. Finding his superiors too blinded by political lies to understand that the war was being thrown away, he secretly briefed reporters on what was really happening. One of those reporters was Neil Sheehan. This definitive expose on why America lost the war won the Pulitzer Prize for nonfiction in 1989.

"If there is one book that captures the Vietnam war in the sheer Homeric scale of its passion and folly, this is it."--The New York Times Book Review