Items related to How Old Was Lolita

Saperstein, Alan How Old Was Lolita

How Old Was Lolita 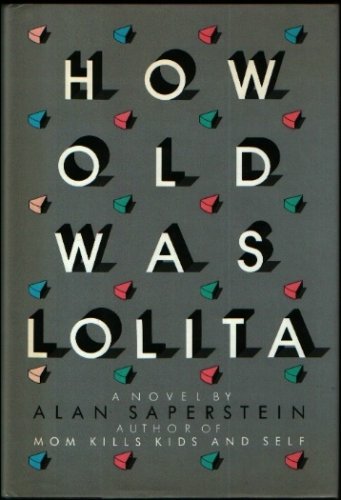 Roger realizes that his wife, Victoria, and his brother are having an affair, but chooses not to react to the crisis in order to preserve their comfortable routines

Saperstein's narrator, Roger, describes his peer group as "the first generation that thinks of itself as the future rather than of its children as the future." Roger, his wife Victoria, and their friends comfortably share such common interests as hot tubbing and trivia (hence the titleshe was 12), until Roger's brother, a Sixties hippie, moves in and has an affair with Victoria. Ill equipped to handle such a crisis, Roger pours out his heart on computer disk; other problems surface in the group, making it a microcosm of all that is confusing in the Eighties. Saperstein is a talented writer whose book starts off clever and funny, but the switch to "serious novel with a message" is abrupt and heavy-handed. Not essential, but interesting. Mary K. Prokop, CEL Regional Lib., Savannah, Ga.
Copyright 1987 Reed Business Information, Inc.

1. HOW OLD WAS LOLITA