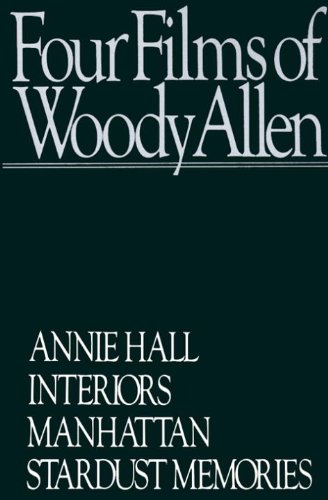 Complete screenplays of four of Woody Allen's most famous films. Hilariously funny, with all actions included.

Woody Allen's greatness as a director rests squarely on his stupendous talent as a writer. In the glory years from 1977 to 1980 he released his best--and best written--movies. Included in this volume are the scripts of Annie Hall, Allen's first mature film and the winner of the Best Picture Oscar; Interiors, his first serious work, a Bergmanesque treatment of a tortured family; Manhattan, his greatest and most characteristic movie, which concerns a writer's attempt to find true love in the comic wilderness of New York City; and Stardust Memories, his most satiric and personal piece, about the effects of fame on a film director who is standing at a crossroads in his life.

eenplays of four of Woody Allen's most famous films. Hilariously funny, with all actions included.