Items related to Discipline and Punish: The Birth of the Prison

Michel Foucault Discipline and Punish: The Birth of the Prison

Discipline and Punish: The Birth of the Prison 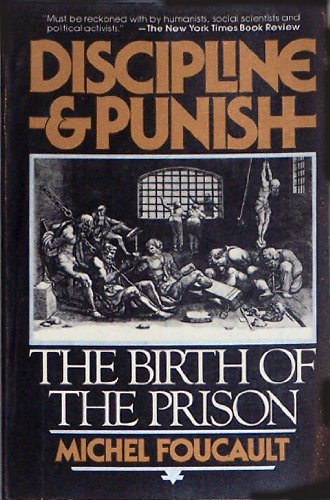 In the Middle Ages there were gaols and dungeons, but punishment was for the most part a spectacle. The economic changes and growing popular dissent of the 18th century made necessary a more systematic control over the individual members of society, and this in effect meant a change from punishment, which chastised the body, to reform, which touched the soul. Foucault shows the development of the Western system of prisons, police organizations, administrative and legal hierarchies for social control - and the growth of disciplinary society as a whole. He also reveals that between school, factories, barracks and hospitals all share a common organization, in which it is possible to control the use of an individual's time and space hour by hour.

One of the leading intellectuals of the twentieth century and the most prominent thinker in post-war France, Foucault's work influenced disciplines as diverse as history, sociology, philosophy, sociology and literary criticism.

Discipline and Punish: The Birth of the Prison

DISCIPLINE AND PUNISH: THE BIRTH